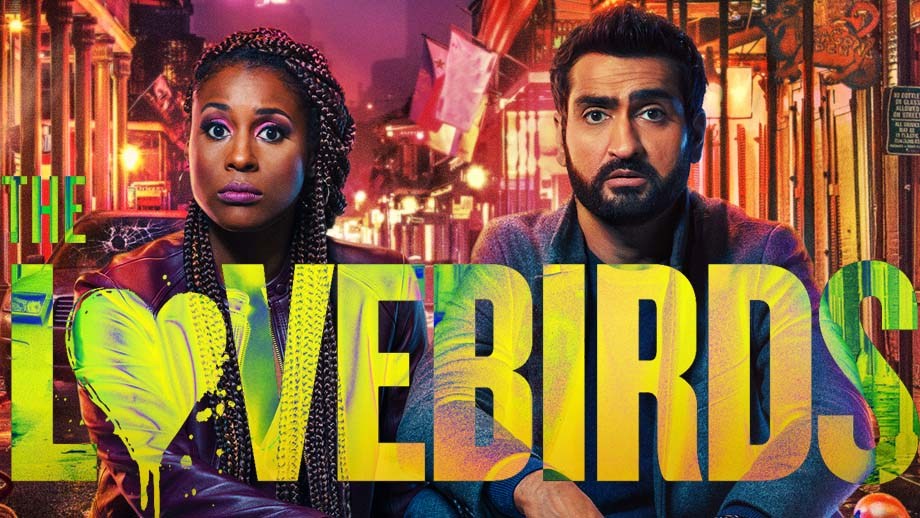 The Lovebirds is a run-all-night crime caper romantic comedy that may not quite have the lungs to run a marathon, but it is really effective in short sprints. Having two likable leads, a few tricks up its sleeve and a runtime of under 90 minutes do help.

Leilani (Issa Rae) and Jibran (Kumail Nanjiani) play a couple who find themselves at each other’s throat after having fallen in love in the span of a short but sweet montage and then been abruptly yanked to the present in a matter of a scene transition that (in caps) says FOUR YEARS LATER. If that happened to me, I wouldn’t be muttering sweet nothings into my partner’s ears either. Jokes apart, I am sure you must have seen similar openings in rom-coms, and you know how the rest of the story goes — a couple on the verge of a break-up is caught in an adventure or misadventure, during the course of which they relearn to trust and appreciate each other. This basic structure has been and is common to most stories, irrespective of the genre, where two protagonists with a largely common goal are involved. Stories with the ability to make the audience care about the characters and the outcome of their undertaking or suck the audience into the adventure are able to distinguish themselves. The Lovebirds has most of that going for it, for the most part. However, at times it becomes too obvious that the movie is trying hard to get things right, the way it shows in a performance when you can see the preparation distractingly visible on the face of the performer.

When Leilani and Jibran accidentally get mixed up in a murder, they decide to take it upon themselves to prove their innocence because being people of color, they conclude they wouldn’t have much luck with taking the matter up with the police. As they solve one puzzle after another, they find themselves falling out of the frying pan and into the fire, with each situation being more or less funny than the previous one.

This inconsistency in delivering funny scenes is one of the main problems of the movie. Some of the scenes are genuinely funny, while some seem a bit forced (thankfully, the latter kind are few). The effectiveness of humor aside, the jokes, from dorky to droll to dark, at times feel a bit random but not entirely inconsistent, with dark and dorky mostly confined to situations involving threats and other characters and the droll humor largely making up the arguments between Leilani and Jibran. While on the topic of humor, I must say that one of the major winners in the movie is its “woke jokes”. Consider this example: a young couple mistake Leilani and Jibran for murderers and call 911; the girl almost apologetically tells the operator that the suspects also happen to be “colored” individuals.

Every time the humor seems to start to lose its bite, the screenwriter and the director turn in a sweet moment between the two characters. That is another positive about the movie. These moments are staged and acted with sincerity, and I found them more believable than anything else happening in the movie. Even if the movie didn’t suck me completely into the adventure like Game Night (2018) did (I could not help the comparison), these tender moments told me more about the characters than the hasty, tactless exposition and foreshadowing could.

Even though subtlety isn’t a strong suit of the script, I would like to commend the screenwriters for not being too overt with the self-awareness the movie undeniably has. It helped the movie focus more on the relationship of the characters (Issa and Kumail do a really good job, and they share great chemistry) as they come to terms with their insecurities, overcome miscommunication and understand each other a little more — it is called The Lovebirds, after all. To sum it up, the movie is inconsistently funny, thoroughly sweet, a little short of delightful but definitely worth a watch. In fact, I think I might like it more on the second viewing.

Let us know your thoughts on the movie in comments.